Recently I came across several articles on Ted Samply dealing with his recent campaign opposing John McCain. As I read further on about this veteran, I see that he is a decorated Vietnam Veteran that somehow has lost connection with a purely veteran’s advocate roll he purports and has become a veteran’s profiteer.
Ted Lane Sampley has been the publisher and writer of the internet-based The U.S. Veteran Dispatch since 1986 and It seems that he is or was a vice-president for Rolling Thunder. Sampley co-founded Vietnam Veterans Against John Kerry, now described as "part of the editorial division of the on line US Veteran Dispatch newspaper", with Mike Benge (Michael D. Benge) and Jerry Kiley 9 (Gerard W. Kiley).
Ted is A former Green Beret with multiple Bronze Star awards from Vietnam, Sampley has the outward appearance of the stereotypical downtrodden veteran outfitted by the local Army surplus store. But he is in fact a savvy businessman who is forth- right about earning money off "the cause" and is a key figure in the MIA issue. Currently this guy is a participant in a site that is railing against John McCain

I appreciate an honest effort to work veteran issues, support veteran causes, but something about this guy doesn’t seem right… his methods and efforts are somewhat extreme. I know that we all are free to voice our opinions, but don’t do so on the same stage with veteran’s groups.
Posted by Stan68ar No comments:

When its time for my carcass to be planted I hope there is no longer the circus of Army Brass versus the press at our National Cemetaries. I have been reading the saga at Arlington National Cemetery with Army employees being fired, the leadership imposing self serving or arbitrary rules… recently it came to be announced

A special U.S. Army committee has drafted a proposal that would allow reporters covering military funerals at Arlington National Cemetery to listen in using a microphone, according to a Voice of America report.
The proposal addresses an issue that came to a head in April when Arlington National Cemetery officials forced reporters covering a military funeral to stand at least 50 yards away from the services, even though the service member's family had agreed to let the media attend the funeral.

Frankly – I respect there is a need for dignity at a funeral Service (although I secretly hope for a hell of a party when I exit stage right) – I trust my family to make those decisions to include whether press attendance is allowable. I don’t want some bueauracrat in a distant office to dictate the setting and conditions for my last day above ground. Arlington’s leadership needs to get over their own sense of self appointed importance and provide a process that allows families to conduct their service as much as possible as the family desires. If that includes members of the press – duly invited – then let it be so.
Posted by Stan68ar 1 comment:

August in the eyes of an old Reserve Soldier 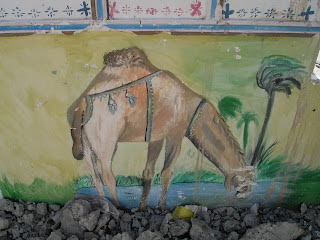 In the week leading up to it, I offer that 12 August is a special day for me… it occurs all too quick in my latter years that my birthday rolls around. So in celebration of this event this year I decided to post a little history of the day from a personal and Reserve Component perspective.

12 August 2005 – 3 years ago – I was wrapping up my year as a mobilized Reserve Soldier with the Multi-National Security Transition Command – Iraq. A member of a joint, multi-national effort to transition the Iraqi Military to self sufficiency. I was indistinguishable from active Component soldiers and serve side by side with them to accomplish an extremely critical and difficult set of tasks in a combat zone under combat conditions. In this job myself and over 700 fellow 98th Division soldiers were thrown into all manner of jobs with minimal training and made good our presence in the fight. We lost some great soldiers in the effort but we were part of the initial change to Reserve versus Active component working relationship.

12 August 2004 (4 years ago) that I got called up to be mobilized to Iraq. I had gone out to lunch with my boss and a phone call awaited my return – telling me that I was to prepare for departure. Our organization had not been mobilized to any extent since World War II and the processes and procedures were in untested and dusty plans that no one really monitored. Given that however, I was in theater by mid September 2004 after a whirlwind of activity. Life as a Reserve soldier was about to take a radical change.

12 August 2003 - 5 years ago - I was a Battalion Commander for a QM training Battalion in the Army Reserve. The period was one of 1 weekend a month and a couple active duty training periods during the summer. We had essential no equipment and it was very rare for Reserve Soldiers to be deployed unless they were in a urgently needed skill. Our country had declared victory in OIF and we seemed to have quickly beaten the Iraqi machine. Saddam Hussein was missing and his sons were killed in a firefight with American forces the month before. I had just started working for my DA Civilian job at Picatinny Arsenal, NJ having finally left the Military Technician ranks.

12 August 1998 – 10 years ago – at this point I was a Major in the 78th Division and a Military technician for the unit. I was at that point the Brigade’s Comptroller having just left assignment as a Simulation’s Officer. We had an Active Duty Colonel assigned to the Reserve Brigade – a new thing for the reserves and usually the last assignment for Active component officers as it was not an assignment that aided promotion. The Brigade provided training to Guard and Reserve units and funding for such activities was always short.

12 August 1993 – 15 Years ago – a senior captain in the 1st Battalion, 315th Infantry as the Battalion S3. A Military Technician with the 6th Battalion, 68th Armor. Just completed Command and General Staff College as it was required for promotion to Major. An incredibly busy year with my reserve Battalion going to National Training Center this year. Little did I know that in 1995 the Army Reserve would vaporize Combat Arms units in the Army Reserve in a trade of functions with the National Guard. The experience left many of us that were committed combat arms soldiers in the Reserve feeling betrayed at the time.

12 August 1988 – 20 Years ago – just started my career as a military Technician with the 6th Bn, 68th Armor. One of only two Armor Battalions in the Army Reserve. Essentially the start of my Reserve Career as well as a company commander with the CSC and HHC companies. Interaction with the active component was limited to a couple exercises with I Corp as role players in large simulations exercises. The only was we were going to be mobilized was if the great Red Hoard came rolling through Fulda Gap.

12 August 1983 – 25 Years ago – a Second Lieutenant for over a year assigned on Active Duty to 1st Battalion, 7th Cavalry at Ft. Hood. I had completed Armor Basic, Airborne and Air Assault School and was a lean mean fighting machine. In the next year I would be promoted and have the opportunity to go out on Training assistance teams to observe National Guard Armor Battalions training during their AT. My impressions as a full of himself Active component soldier were not flattering to the National Guard troops we observed. These National Guard units had M48A5 and M60 tanks while my active duty unit was in M1s. The difference in equipment, financial, training and readiness levels were huge. The Guard soldiers were a collection of rough hewn volunteers that enjoyed what they were doing, but were far from capable of being a credible partner with active component units.

I thought I’d share the “this date in History” as a reflection of the way things have changed for Active and Reserve component units. I am hopeful we do not return to the days of disparate resources for the Reserve Components born of tight financial times and cannibalization management driven at the highest levels of the Army.
Posted by Stan68ar 1 comment:

Writers block or its too quiet 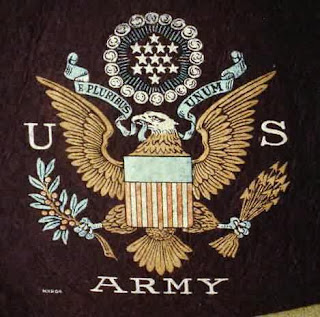 I have been rather delinquent these last two months in posting anything of interest here on the blog site. Its been rather uneventful during the summer for me with all the bike rides, summer pursuits and what not.

BB is planning her secret R&R trip home next month (I'm not supposed to know... she gave the secret to her brother "porous lips scooter" and after one beer he spilled the beans like a seasick cook.) We are looking forward to her stateside sojourn with glee abeit secretly. I guess I'll find out if she reads this blog shortly.
Maybe I'll have her take me to get my first tattoo when she's home...

Otherwise it has been little happenings on the reserve community front. Not much in the way of legislation to bitch about, causes to spurn discussion. Perhaps some of my readers can submit comments on topics worth exploring here. Also send any ideas for tattoos ...lol
Posted by Stan68ar No comments: