How is your pay, soldier? 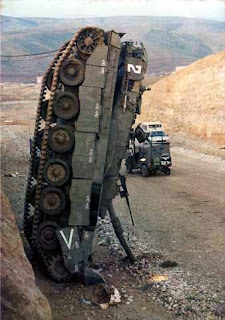 From the Stars and Stripes – this news item on the cancellation of the Defense Military integrated personnel transaction system - a system to update soldier records and pay:

After spending $1 billion and 12 years of effort, Defense officials have pulled the plug on a hapless plan to bring the four military branches under a single payroll and personnel records system.

"This program has been a disaster," Adm. Mike Mullen, chairman of the Joint Chiefs, told the Senate Armed Services Committee earlier this month. He said he applauded the decision to kill what proponents said would be the largest, fully-integrated human resource system in the world.

Well – interesting in its implications to deploying Reserve and National Guard soldiers. Many of us suffer problems when we deploy – as noted :

More than time and money had been lost, however. Military personnel, particularly Guard and Reserve members, increasingly have been frustrated by pay and personnel record errors. The Commission on the National Guard and Reserves urged two years ago that a single, integrated pay and personnel system was needed "as soon as possible" to rectify inadequacies in fragile legacy systems.

More than 90 percent of Army Reserve and Guard soldiers activated to serve in Afghanistan and Iraq through 2003 reported significant pay errors. Aggressive actions were taken to lower that rate but without the benefit of what was needed — a modern payroll system that no longer treated active and reserve component members differently.

Can you believe that – up to 90 percent pay errors for guard and reserve soldiers… such a dedicated workforce that bears this for years while waiting for a solution…now we are starting all over. Having been at the pay problem window myself, I can tell you it makes it hard on guard and reserve soldiers, but they are not in the service for the money. Lets hope a simple and effective solution can be found soon. You can find the entire stars and stripes article here.
Posted by Stan68ar