Alcohol in the Warzone 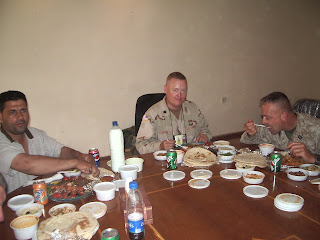 In the Marine Times this week is an article by Rick Maze – he describes comments by Senator Jim Webb regarding the alcohol policy in the warzone. The policy – known as General Order Number 1 is a policy of no alcohol, pornography, etc… that has been in force for deployed soldiers everywhere since at least 1991. As noted in the article found here

We know that our soldier are highly stressed. Jim has taken a shot at the military’s sacred cow of moral righteousness – embodied in the general order. As he said

One thing worth investigating, Webb said, is whether a ban on alcohol consumption in the war zones — which he said is primarily a nod to host-nation sensitivities — should be lifted.

Well I agree with Jim to consider lifting the ban, but I believe the ban on alcohol is more an outright effort of the Defense Departments senior leadership to restrict any basic freedom not meeting a highly refined puritanical ideal embodied by a few high ranking members.

Soldiers are men and women - a few drinks in off hours, away from host nation members would go a long way towards reducing the burden they carry
Posted by Stan68ar