Gay service in the Military 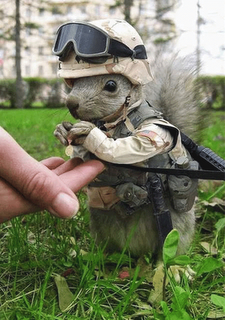 I was a soldier for 24 years in a variety of assignments. Over the course of my career I came in contact with lots of different military personnel, and I never identified any one by their sexual preference while in the line of duty.

When soldiers are off duty, they are allowed to pursue their own lives and interest within reason. And I am a fervent believer that what they do behind closed doors is their business. I don’t see the need to consider such activities as if we will suddenly be faced with some “open” sexuality issue within the ranks. As I have said in previous posts, I really don’t care what religion, hobbies, activities, music, party affiliation, color of underwear, etc… a soldier has or enjoys… it’s a matter of professional competence that determines who shares my foxhole.

It’s time to stop letting the media and special interest groups making soldier service by gays an issue. I’d say welcome all physically and mentally qualified people into the armed forces. I don’t need to know nor do I require you to proclaim your sexual preference. Don’t ask, don’t tell – replace it with doesn’t matter.

Practice your soldier skills, do them well, and we’ll get along just fine.
Posted by Stan68ar